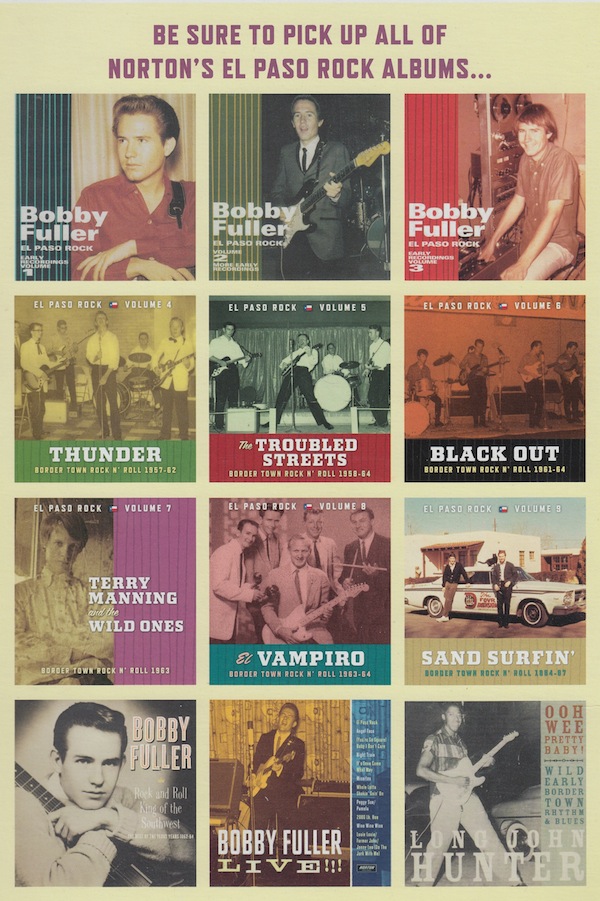 Growlin’ early rock n’ roll and instrumentals direct from the atomic cradle of the great American Southwest-- land of weird lights, strange sights, and explosive sounds! Norton’s original signature set collected the early Southwest recordings of legendary blues wild man Long John Hunter, soon expanding to add volumes of early recordings from icon Bobby Fuller, whose talents spanned every element of rock n’ roll before his untimely death at the age of twenty-three. With the acquisition of the Yucca label, Norton has begun to cherry pick those tapes for stormin’ rarities and unissued mayhem. The series has exploded into a dozen volumes of rock n’ roll that a fervor all its own, the snarl and howl of the wild Southwest echoes throughout the series and establishes El Paso and its environs as an unheralded hotbed of rock n roll with a sound all its own.